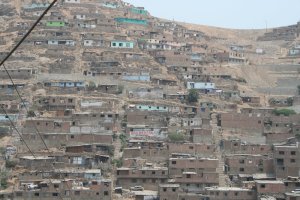 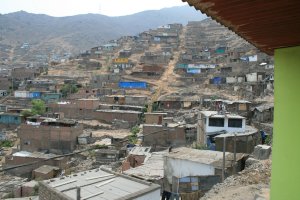 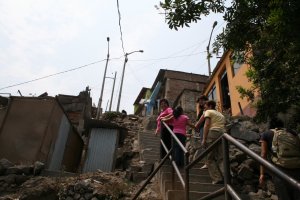 I don’t like grocery shopping at the best of times, but I particularly dislike it after a busy day at work when I feel tired and would prefer just to jump in the car and head straight home. However, having been away in Peru for 2 weeks, I found on my return that the kids had emptied the kitchen cupboards and so I needed to brave my local supermarket. Within 20 minutes I had stocked up on all my family’s ‘necessities’ for another week—including chocolate, ice-cream and soft drinks!

I drove home, parked the car in the garage and lifted the numerous, overflowing, green bags out of the boot laying them all at the foot of the stairs which lead to the main living area of our home. Then I grabbed as many bags as I could carry at one time and struggled awkwardly up the stairs; eventually dumping the bags unceremoniously onto the kitchen floor.

No-one else was home to help and so I quickly realised that I would have to go back downstairs myself to retrieve the remaining bags. Feeling a little annoyed and somewhat miffed at having to exert all this extra energy after such a busy day, I went downstairs and picked up the last of the bags. For some unknown reason I found myself counting the number of steps in my head as I went back up; one, two, three … Fourteen steps to the top!

In a flash my mind was transported back to Peru, to the steps going up to the home of Angela, our sponsored child; at least 60 uneven concrete steps, followed by a precarious 10 metre climb over rocks and rubble. Just one of thousands of brightly painted ‘chosas’, spread out like a patchwork quilt across the hills surrounding Lima, the capital, Angela’s tiny home is perched precariously on top of sandy soil. As a child I remember singing the song about the foolish man who built his house upon the sand, except in this case it’s not foolishness that makes a man build on these unstable foundations— it’s poverty.

I began to feel very ashamed at my laziness and bad attitude as I remembered watching Angela’s mother, with arthritis in her knees, struggling to make the climb to her home—a trip she repeats often more than twice a day.She doesn’t have the luxury of a hot shower when she gets to the top—they don’t even have running water. She doesn’t have the luxury of a car waiting in the garage when she gets to the bottom—she can barely afford a bus fare. She doesn’t have the choice to buy whatever treats she feels like from the supermarket—she is lucky if her family has one meal a day.

What right do I have to complain about carrying a few bags of shopping upstairs, after a day in a comfortable air-conditioned office where I earn more for one day’s work than most of these people earn in months? It is my responsibility to care for the poor and to share with those who are less fortunate.

What are your thoughts? Cancel reply